I blogged about my battle with my own insecurities about this blog focusing on me and my life in this post It’s About the Journey, Not the Destination. It feels awkward to focus on, and blog about yourself, especially when you are a humble person as I consider myself to be. But nonetheless, there is an assurance deep within me that I know that is exactly what I am supposed to be doing with this blog. However, just because I know with great certainty that is what I am supposed to do, it doesn’t make it any less difficult to do it. But, I DO IT ANYWAY.

That is one of the things that I have come to learn about myself that may be slightly different from other people’s approaches, I don’t let my own fears stop me from doing what I feel I should do, or know I should do. I think this quality has allowed me to be successful in my business and in life. And I have come to realize that this is one of the qualities that makes people say that I have motivated or inspired them. It was very scary for me to post the blog It’s About the Journey, Not the Destination because I was being brutally raw and honest about my own insecurities about doing it. But since I finally felt 100% convinced that was what I was supposed to do, I DID IT ANYWAY. 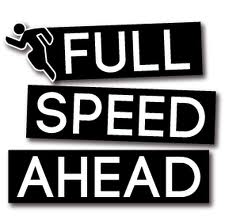 What is so cool about it is that I received several emails from people letting me know that blog post really touched them. I didn’t even think there were that many people (if anybody) reading this blog, so I was so surprised and humbled to receive several such responses. That is one of the greatest rewards of pushing yourself to do things despite your fears, someone almost always steps forward to let you know that you have impacted their life in some way by taking that risk and not letting the fear stop you.

I’ll let you in on a little secret that I know I’ll spend lots of time blogging about later. I feel with almost 100% certainty that God’s plan for me is to be a motivational speaker. Ready for the comical irony in that? I have an almost disabling fear of public speaking! But because I know that is the direction He is moving me in, I will continue to move full speed ahead towards that. OK I lied. I’ll at least continue to move in that direction – maybe at half speed. The point is, I’m not going to let my own fear and insecurities stop me from moving in that direction because I know it’s not really about me, it’s about the person that needs to hear whatever it is I have to offer. I believe this blog is the first BIG public step in that direction.

Starting today, against my own fear, I will begin actively working on getting the word out about this blog (I’ve kept it relatively under wraps until now) and you’re welcome to do the same. I’ll be sharing this blog and my “dirty little secret about working two jobs” with my organizing clients and prospects, my colleagues and my friends. Though I can’t put my finger on why this is so difficult for me (other than what I described in this blog post There’s a Monkey on my Back), the truth is that it is scary for me. Maybe because it comes from such a vulnerable place. Nonetheless, I’M DOING IT ANYWAY because I am confident that is what I am supposed to do. And, the great reward is that I’ll be one step closer to living a more authentic life!

2 thoughts on “Moving Full Speed Ahead Despite Your Fears”